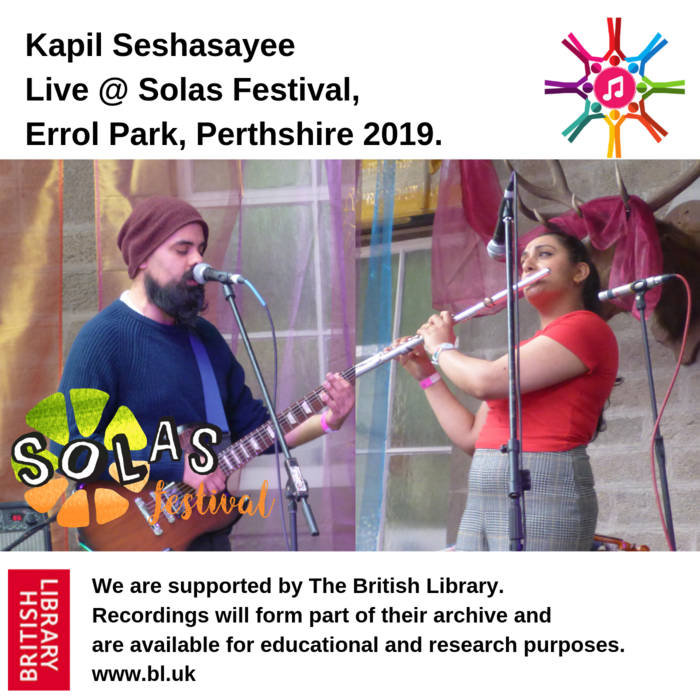 Kapil Seshasayee is a polymath, and a true original talent, both as a songwriter and as a soundsmith, a one man combination of Scott Walker, Mark Hollis, Arca and Richard Dawson, creating something wholly unique. Combining electronica flourishes evoking FKA Twigs with Indian Classical guitar ornamentations, stunning vocals and a penchant for unorthodox instrumentation such as the aquaphone, Kapil manages to be truly experimental yet still accessible.

His Album A Sacred Bore - a concept album based around India’s caste system whose cultural significance has recently earned its preservation within the Sound & Moving Image archives of The British Library - is a piercing examination of the abusive treatment towards lower caste Indians.
Having already been featured in noted publications Pitchfork, VICE, Rolling Stone India, BBC Radio Scotland, The Guardian & The Quietus, Kapil was recently on air with Bobby Friction on the BBC Asian Network, as a featured BBC Introducing Artist. Building upon the narrative of prior singles The Agitprop, A Sacred Bore & Caustic Wit, Kapil expands on the issues, from the often-overlooked connections between the American far-right and upper-caste Indians to honour killings committed in diaspora which continue to be under-reported.
Kapil has performed across the UK, US, Germany & Canada alongside a raft of great and innovative acts such as Raghu Dixit, Damo Suzuki, Gaelynn Lea, Victor Villarreal & Future of the Left with festival appearances throughout 2018 including Liverpool’s Wrong Festival, Decolonise Fest in London & Glasgow Mela. Kapil will be performing at SXSW, Latitude Festival, Celtic Connections, Cardiff Psych Festival & SOLAS Festival in 2019.

He has developed a reputation as an engrossing and engaging live performer, producing his stunning arrangements alone with a variety of instruments and tools at his disposal.

Please support Kapil by buying his music from the links below
kapilseshasayee.bandcamp.com
lonernoise.com/kapil-seshasayee

As part of our ongoing work with the British Library, we were kindly invited to Solas Festival 2019 and were lucky enough to be able to meet and record with Kapil.

"Solas Festival is Scotland’s midsummer festival - has been running since 2009. The all-age, weekend-long celebration of music and the arts is designed to entertain, inspire and challenge.
Solas Festival is about placing the arts in a wider context, and we strive to exhibit a commitment to equality, justice, beauty and hospitality throughout the festival. Our aim is to create a space that is tolerant, inclusive and free of prejudice, and for you to have an absolute blast!"

We certainly had a wonderful, fun and engaging time at the festival, which has a truly inclusive atmosphere.

Welcome to our page. Music on this page is an archive of recordings of music made by people who have come to the UK from elsewhere in the World. Please note we are not a record label and do not promote individual acts. Some music is for sale, for specific fundraisers, all money goes directly to the related cause. Otherwise, after covering monthly running costs, profits go directly to the artists. ... more

Bandcamp Daily  your guide to the world of Bandcamp

Featuring Oakland sounds from the Smart Bomb collective and Samplelov.